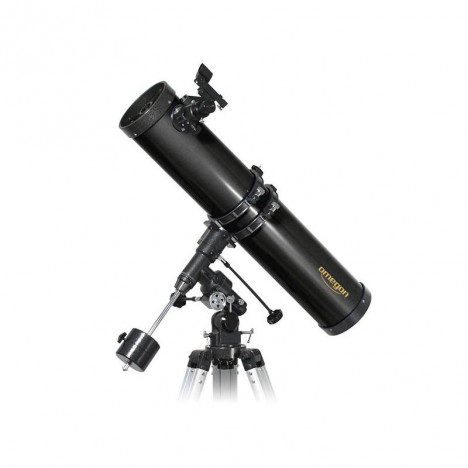 The Omegon 130/920 EQ-3 telescope is just the right telescope for taking your first steps in exploring the night sky. With a very high light collection capacity, it is an easy matter to undertake excursions into the world of deep-sky objects. Whether it is Saturn with its ring systems, or the Ring Nebula 2300 light years away with its diaphanous ring - with the Omegon 130/920, even more, is possible!

OPTICS AND TUBE
The 130-mm aperture actually offers 30% more light collection capacity than the smaller 114/900-mm model. The optics collect 344 times more light than the naked eye. These figures give an idea of what this telescope size is capable of. The actual magnification is often not the most important factor in observation; however, under favorable conditions, with suitable eyepieces, a maximum effective magnification of up to 260 times can be achieved. The resolution and magnification suffice for distinguishing the larger features on some planet surfaces. The barrel is equipped with a 1.25″ focuser into which all standard eyepieces can be fitted.

EQ-3 MOUNT
The Omegon 130/920 is mounted on a parallactic EQ-3 mount. With a parallactic carriage, it is always possible to keep a heavenly body in the middle of the field of vision. To this end, the EQ-3 mount is aligned with the Pole Star, which is always due North, before the start of observations. The carriage has two axes (declination and right ascension) that are of vital importance for aligning the telescope with heavenly bodies. Once an object has been centered, it can always be maintained in this position with the integrated fine adjustment mechanism.

The EQ-3 mount is significantly more stable than the smaller EQ-2 mount. This means that the optics are considerably less susceptible to vibrations and shaking. The longer-than-average barrel is held more securely and increased enjoyment from your observations is guaranteed.
This combination of optics and carriage is highly suitable for visual observations and for the first attempts at astrophotography. The aluminum tripod provides the stable base which is the absolute prerequisite for high-quality observations. A practical eyepiece tray, which is always useful for accessories or celestial charts, can be attached between the tripod legs. The tripod itself can be adjusted to any height in the range 72 - 124 cm, so that all astronomers, young or old, are always assured of an optimum view. 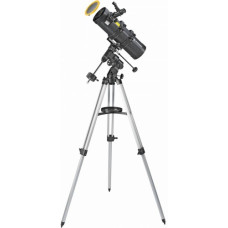 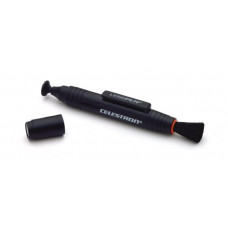 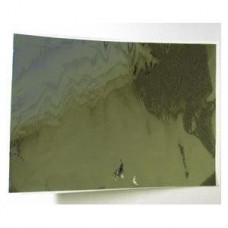 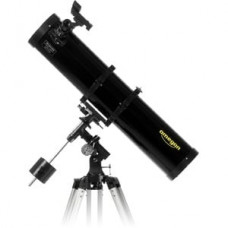